Yes, I know, I'm early. I am just a little concerned that the festivities of Christmas will take over without me saying a blog-based 'Happy Christmas'. I am trying to get all my projects finished before the holidays but I fear it is a little ambitious. Suddenly I have four separate projects with deadlines before the 1 March and one for this time next year. This is on top of all those things that are still to be decided. Phew! Crazy days. I love my work at present though. This morning I worked on a really interesting wee article on a little-known Second World War pageant. Totally fascinating!

To make up for our lack of gigs this week (I have just about got over the disappointment) I am taking my Mum to see My Fair Lady at the Crucible tomorrow. I can't wait! I have taken a full day of annual leave (I know!) so will take Les Miserables with me and see if I can't bash through it. The film release is coming quickly and my Kindle tells me I am only 69% through! Then Christmas festivities begin to take over entirely. There is a pile of unwrapped (soon to be wrapped) presents in our lounge and homemade chilli jam in the fridge for my sister (shush!). I must say the weather doesn't feel very festive. A week ago the frost was thick on the ground and absolutely beautiful. Now it is just a little damp and gloomy. At least our Christmas travels will hopefully be straightforward this year - driving minus snow is always nice! As I look round the house I am aware of all the things that need doing. Ho hum!

But today editing takes priority and the ironing can just sit where it is! In a couple of hours I'll head to the garage for some boxing practice. I love my new punchbag! It is making up for two whole weeks without Tommy, my sweet horsie.

So, I hope everyone has a wonderful Christmas and knows the richest of blessings at this special time of year. 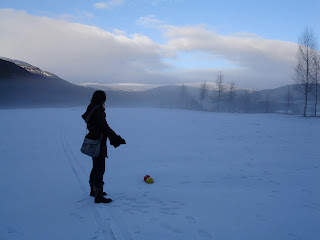 So, we start with a disappointment that made my heart sore: Asia have cancelled their December tour because drummer Carl Palmer is sick. We had onstage tickets for Holmfirth on Sunday evening and front row seats at the Royal Northern in Manchester next Friday. We are so sad we won't get to see the Asia boys this year.

That said, everything else is going along swimmingly. D has had busy work week though is starting to slow down now. I feel as if I'm slowing down too. I am more sleepy in the mornings and feel like curling up in front of old wrestling videos in the evenings. It's funny how you feel like this when Christmas approaches. Although I have been on sabbatical this term, we haven't had any time off really since early September and this term has been full of travelling, writing, D's new job and plenty of other bits and pieces. We are very much looking forward to some time out. I might even get 'off grid' for a couple of days. I spend so much time staring at screens that I think my eyes need a break!

This week I have been to my departmental Christmas do, watching the Wizard of Oz at the LPAC (brilliant, wonderful, magical), enjoying a Christmas concert from the Lincoln Chorale and editing, editing, editing all that stuff I wrote during acwrimo. I have also been using my Christmas present this week and, before you say it, D gave me permission. Last weekend we had to go to B&Q to get 80kgs of sand for...my new punch bag! I even have pink gloves. I messed around a little earlier in the week and then did a proper workout yesterday. Man, I was so tired by the end that I could barely lift my water bottle to my mouth. Funnily enough, my arms feel OK today but my calves are so tight! I have loved boxing training since my bi-weekly combat classes in Edinburgh so it feels really good to be back. The idea of actually being in a fight is terrifying though, so I think I'll just stick to the bag!

Now our gig is cancelled (sob!) we have a very quiet weekend in store, although I will be riding Tommy tomorrow which should make everything more cheery! I am also going to start my pre-Christmas clean up which involves cleaning the entire house top to bottom and sorting everything out in readiness for next weekend. We are also watching the second series of Treme. We loved the first series of this box set and, going by last night's episode, this one is going to be as good. Lack of John Goodman is a little sad though. I had forgotten how hard these HBO series make you work! They give nothing to the audience but, if you persevere, they are wonderfully vibrant and thought-provoking.

Anyways, another cup of tea is beckoning and a little more editing before a half hour yoga session to stretch the calves and some dinner.

Hope everyone is having a happy Christmas preparation time.
CSW
Posted by Claire at 16:28 No comments:

It's been a quiet sort of a Friday. I have spent most of it staring at my computer attempting to get three documents finished by the weekend. I feel I might have been a little ambitious. Not too far away, but far enough away to know that I'll be attached to the screen tomorrow as well. It's all good fun though. And yesterday I found a wonderful 1993 article that I seem to have overlooked until now.

We are slowing down for Christmas gradually. All the preparations are done - the tree is up, the presents are bought, the cards are (almost all) sent. Thanks to the rising mail prices, the stamps actually cost me four times the amount the cards did! Crazy, huh! Anyways, I feel very organised this year which is a very unusual feeling.

Yesterday D booked tickets for Bruce Springsteen who is returning to Wembley next year. Last year's gig at Wembley was brought to a crashing halt by the police who turned the lights off as it was getting so late. I expect great things again this year! During the last tour we saw him at the Etihad in Manchester and got absolutely soaked to the skin. I am hoping for some sunshine this time round. Actually 2013 has turned into a gig year. As I might have mentioned before, D and I tend to go and see our favourite guys whenever they tour as they are all getting on a bit and you don't know when they are going to hang up their mics. So, we have two Asia gigs before Christmas. And then, next year, we have Rush, Roger Waters, Mark Knopfler, Bruce, and Peter Gabriel. I am excited about all of them, but particularly Gabriel. A few years ago I decided there were a few guys I wanted to see live before they stopped touring. Gabriel is the last on that list. It is going to be quite a year! I am utterly amazed that I haven't double-booked with conferences. So much for my insistence that I would do less conferences next year - I already have four, two confirmed! Fortunately most of the big conferences are in the UK next year.

Not sure there is anything else exciting to report. D continues to work hard. I continue to enjoy my horseriding. I completed a 10K run for the first time on Monday. I am not really a runner, preferring other forms of exercise to actually keep me fit while using my runs as a bit of a stretch out. But I challenged myself on Monday while listening to a Driscoll podcast. Took me 1hr 10 mins which has to be the slowest 10K ever. But I was pretty proud.

Next week the Christmas celebrations pick up: work festive do on Monday, the press night for The Wizard of Oz at the LPAC (very excited about this and might wear red shoes), a friend's Christmas concert on Tuesday (this is the time of year when I miss performing with Rudsambee) and our first Asia gig. We have backstage tickets and I'm not sure I can possibly explain quite how excited I am about that. And then the week after I am taking my Mum to the Crucible to see My Fair Lady with the delectable Dominic West. Bestill beating heart!

Hope your Christmas preparations are going well and that you are knowing the peace of the season rather than being overwhelmed by tinsel, chocolate and Argos commercials.

It's beginning to feel a lot like...the end of my sabbatical

Since my last post I have celebrated my birthday with a surprise visit from Mum and Dad. D, as usual, surpassed himself on the present front. I even got backstage Asia tickets so I can hang out with my favourite rock legends for the night. Very exciting!

This week I travelled across to Edge Hill University to give a wee talk. One of the best things about my sabbatical has been the opportunity to say 'yes' to invites. It was another fun trip and another great post-talk Q&A session. I also had the chance for a few hours in Liverpool. Although, as a Manc, it pains me to say this, Liverpool is actually rather nice, at least in the centre. I visited the Tate for the first time - fantastic building and very annoying art would be my conclusion.

This was my last big trip for a while. I'm spending December at home, editing the book and writing a chapter for the next book proposal. Because these things take so long, you have to start thinking about the next project a couple of years before you actually begin. I am very excited about this new direction. Yesterday was the last day of acwrimo. I have really enjoyed my November writing month and have been particularly encouraged by the way the community has supported each member. Sometimes academia can seem a little cut-throat or individualistic. Acwrimo and PhD2Published's twitter feed proves you can be pleasant, supportive, kindly, generous and an excellent academic. I find that super encouraging.

I was back horseriding today and it was a pretty tough lesson actually, although I am finally riding without any leader so that's encouraging. This week is a mixture of long writing days, getting the house into a Christmas mood and finishing my Christmas shopping. The week after plunges us straight into Christmas with a concert, the department's festive do and (joy, joy!) The Wizard of Oz at the LPAC. Last year's The Snow Queen was so magical and I'm really looking forward to Dorothy and all that this year.

Anyways, I'm going to crash on with a bit of writing before we go outside to sort out the BBQ. Yes, you hear me right. D has been slow cooking a large piece of pork all day. I realise that BBQing in December is a little mad but it is just wonderful to be able to get a bag of sunshiney BBQ food out of the freezer when it's snowing outside! And we really have felt the onslaught of winter in Lincolnshire over the past few days. We were discussing the difference between living in the city where everything feels as if it stays pretty much the same (street lights etc) and the country where you really feel the changing of the seasons. The trees are now bare and the frost on the grass in the morning is beautiful. I think I am going to love our wee country retreat as much in the winter as in the summer.